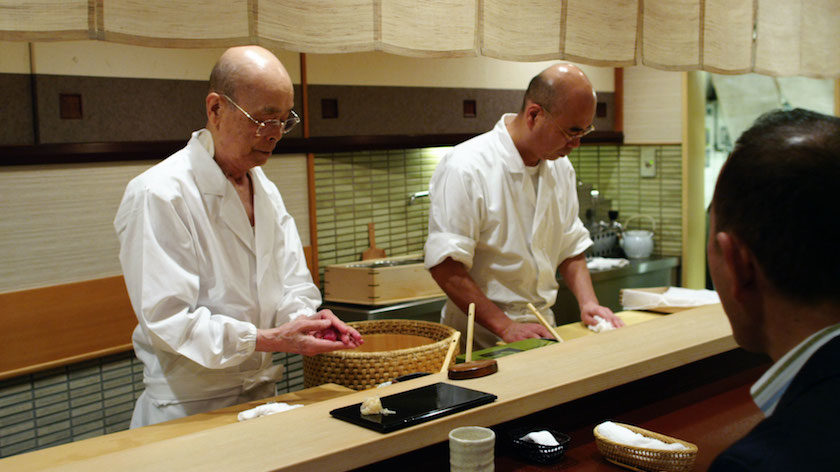 Join us at SCAF to enjoy a trio of award-winning Japan-focussed films.

Jiro Dreams of Sushi is the story of 85 year-old Jiro Ono, the world’s greatest sushi master. He is the proprietor of Sukiyabashi Jiro, a 10-seat, sushi-only restaurant inauspiciously located in a Tokyo subway station. Despite its humble appearance, it is the first restaurant of its kind to be awarded a prestigious three-star Michelin Guide rating, and sushi lovers from around the globe make repeated pilgrimage, calling months in advance and shelling out top dollar for a coveted seat at Jiro’s sushi bar.

Jiro Dreams Of Sushi is a thoughtful and elegant meditation on work, family, and the art of perfection, chronicling Jiro’s life as both an unparalleled success in the culinary world and as a loving yet complicated father.

*appointed by the Japanese Government in 2016.

$10 per person including Japanese savoury snacks

Bookings essential
Please pay prior to film to secure your place
02 9331 1112 or bookings@sherman-scaf.org.au