The Ethics of Emergency Architecture
Do Motives Matter? 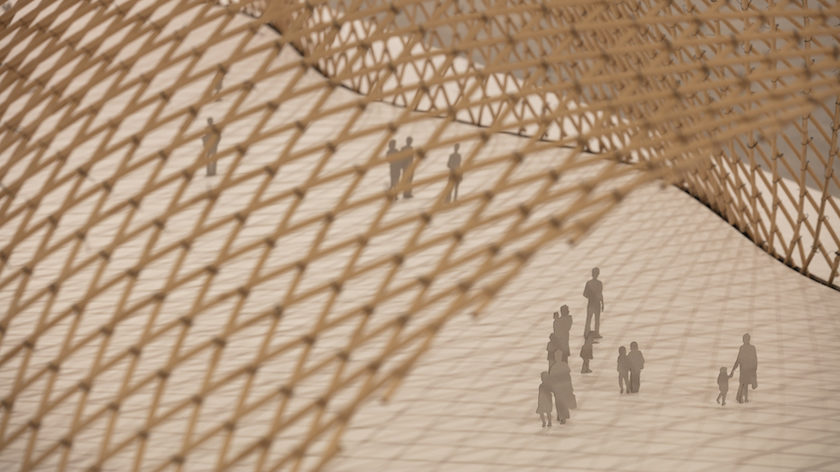 The Ethics of Emergency Architecture: Do Motives Matter?

Moderated by Dr Simon Longstaff AO, Executive Director, The Ethics Centre,
the panel will include

While much discussion of architecture focuses on its aesthetic character, what of the ethical dimension of the work produced and the ethical approach of architects who devise it? In particular, should the motives and character of architects have any bearing on our assessment of their work? For example, some architects are lauded for their attempts to improve the circumstances of people who have suffered as a result of natural or man-made disaster. These are the architects who package hope in the form of shelters and homes for some of the most vulnerable people on the planet. However, what if this creative response is driven by the ego of the architect? What if self-interest is all? Does this matter to any degree? Is the work less deserving of praise and the architect of admiration? Is it enough that the architecture ‘works’? Are the results what makes architecture ‘great’ and not the character of its maker?

Dr Simon Longstaff AO FCPA
Simon’s distinguished career includes being named as one of AFR Boss’ True Leaders for the 21st century, with Carol Schwartz noting; “I don’t know one CEO or chairman in corporate Australia who has not worked with Simon Longstaff”. Simon Longstaff began his working life on Groote Eylandt (Anindilyakwa) in the Northern Territory where he worked in the Safety Department of the then BHP subsidiary, GEMCO. He is proud of his kinship ties with members of the island’s Indigenous community. Following a period studying law in Sydney and a brief career teaching in Tasmania, Simon undertook postgraduate studies in philosophy as a Member of Magdalene College, Cambridge. Simon commenced his work as the first Executive Director of The Ethics Centre in 1991. Simon is a Fellow of CPA Australia and in June 2016, was appointed an Honorary Professor at the Australian National University – based at the National Centre for Indigenous Studies. Formerly serving as the inaugural President of The Australian Association for Professional & Applied Ethics, Simon serves on a number of boards and committees across a broad spectrum of activities. He was formerly a Fellow of the World Economic Forum.

Beck Dawson is the Chief Resilience Officer for metropolitan Sydney, hosted by the City of Sydney Council as part of the 100 Resilient Cities Network. Described as the person, “paid to worry for Sydney”, Beck leads the development and implementation of the Resilient Sydney Strategy, working with governments, business and the community to identify local responses to global and city challenges. As a property sustainability expert, Beck’s background is in long-term planning and investment in the natural and urban built environments. She previously worked in the Australian property sector and contributed to industry committees on resilience, responsible investment and sustainability. Earlier in her career Beck worked in the cultural sector including the Science Museum in London and as a science communications and sustainability consultant to UK business and industry. Beck holds a Masters in Sustainable Architecture, a Graduate Diploma in Scientific Communication and a Bachelor of Science.

David Sanderson has over 25 years experience working across the world in development and emergencies. David worked for eight years for the NGO CARE International UK, as head of policy and subsequently regional manager for southern and west Africa. Between 2013-14 he was a Visiting Professor at Harvard University, and 2014-15 was a Professor at the Norwegian University of Science and Technology. David was appointed the Inaugural Judith Neilson chair of architecture at the University of New South Wales (UNSW) in February 2016. He is a member of several NGO boards and committees, including the Norwegian Refugee Council (NRC) and the Humanitarian Innovation Fund (HIF), where he chairs the Funding Committee. David is editor of the 2016 IFRC World Disasters Report, which focused on resilience. David was originally trained in architecture and holds a PhD in urban vulnerability and livelihoods.