Prior to each screening, a special guest speaker will present a short talk exploring the artistic and historical context of the day’s film.

Cutie and the Boxer (2015)
A film directed by Zachary Heinzerling

The Academy Award-nominated Cutie and the Boxer provides a moving account of the chaotic and unconventional 40-year love affair and creative partnership between action painter Ushio Shinohara and his wife, Noriko, also an artist. Ushio, who punches canvases with paint-laden gloves, is known in Japan and in Manhattan’s art circles, yet wider recognition has eluded him. Noriko, 21 years his junior, put her artistic ambitions on hold to be a wife and mother and– an assistant to her demanding husband. Now, Noriko’s acclaimed “Cutie” series of drawings, depicting the relationship between the title character and a volatile figure named Bullie, is turning their world upside down. Winner, Directing Award: U.S. Documentary, 2013 Sundance Film Festival.

Join us for drinks at 3pm before a short talk with Melanie Eastburn, Senior Curator, Asian Art, Art Gallery NSW, who will offer insights into the Japanese art scene from the early 1970s. 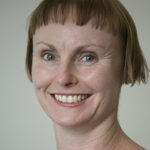 Peggy Guggenheim was an American heiress who became a central figure in the modern art movement. She created and helped define the avant-garde of the era in which she lived. As she moved through the cultural upheaval of the 20th Century, she collected art as well as artists. Her personal relationships included such figures as Samuel Beckett, Alexander Calder, Marcel Duchamp and Man Ray, and was instrumental in advancing the careers of several major mid century artists including Jackson Pollock and Max Ernst. Throughout her life she maintained her vision to build one of the most important collections of modern art in the world, now publicly enshrined in her Venetian palazzo.

Join us for drinks at 3pm before a short talk with Craig Judd, artist, independent curator, arts writer and educator, who will explore the era in which Peggy thrived with special emphasis on post-war abstract expressionism and minimalism. 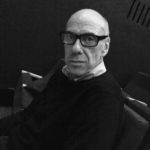 Craig Judd was the Education and Public Programs Manager for the Biennale of Sydney, Senior Curator at the Tasmanian Museum and Art Gallery and Director/CEO of Wollongong City Gallery. He has lectured art history and theory at the Australian National University, the Victorian College of the Arts, University of NSW and Sydney University.

The Strangest Stranger, a documentary film on Tokyo-based art impresario Joni Waka pictures one of Japan’s most known/celebrated mysterious cultural gurus, who is both (deliberately) enigmatic and indefatigably open to people, ideas and opportunities. Joni’s canvas is the entire world. He imaginatively orchestrates links between contemporary artists, architects, authors, academics and curators, with fashion designers, gallerists, movie makers, musicians and writers constantly discovered and warmly included into his ever-morphing cultural circles.

Joni draws on multifold linguistic skills, a longstanding family history in Europe and Asia – and most of all on his expansive generosity – to colour the world and make it brighter. This is his story. 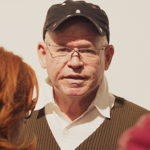 Dr Gene Sherman will give introductory talk before the 4pm screening.